Like many past trips between Pat and I, we planned things last minute, chose a potentially impassable route and gave ourselves little time. It was inevitable that we would be riding late into both evenings on this three day adventure. It’s always a combination of excitement, pain and mystery that that results in the most rewarding trips.

Our two night loop to Cumberland started and finished in Qualicum Beach. We rode the Old Island Highway to Qualicum Bay where we filled our bellies with ice cream before heading into the mountains. The pavement disappeared quick and soon we were riding a beautiful gravel road that hugged Spider Lake and Horne Lake. The local cabin dwellers welcomed us with friendly waves. After reaching the far end of Horne Lake we passed through a gate and found ourselves on a much rougher forest service road. About a kilometre up the road, Pat was not pleased to discover his crank was loosening off his BB. Neither of us had the 10mm hex key to tighten it up. We were far from help but we new we would pass a bike shop in Port Alberni the next day so we made due. We increased the diameter of a smaller hex key by wrapping a piece of a tube around it. Pat managed to tighten it up but it would still loosen off every few kilometres. The Port Alberni Pass was a nice steep climb but it didn’t yield too many hike-a-bikes. By the time we reached the summit, the sun had set and thick fog was moving in. Neither of us wanted to call it a day sp we decided to descend the pass in darkness. The road down was more of an ATV track than a forest service road. It was technical with loose rocks and deep crevices. We camped out along the decommissioned railroad about 150 meters above Port Alberni. We devoured some dehydrated meals in the rain before tucking in to bed. In the morning we fuelled up on coffee and dropped down a steep gravel road into Port Alberni. We visited Ozzies Cylcle to tighten up Pats cranks once and for all! We knew we were in good hands as soon as we walked in and saw the shop owners well-travelled Krampus. I’d recommend checking out this friendly shop if you’re ever in town. After filling up on bagels, we headed for the Log Train Trail (LTT) which would take us part way to Cumberland. We entered the trail via the McLean Mill National Historic Site and stopped to photograph our bikes in front of some old trucks and machinery. It was a nice break to be on a graded rail trail. The conditions were rough and very muddy but that didn’t mean it wasn’t fun. I attempted to ride through a massive mud puddle but it nearly swallowed my bike up. There was a section of the trail that had a river running through it but we were able to ride right through it. The only people we saw on the trail were friendly folks on an ATVs and an elderly man who’s been running his off-the-grid farm in the local area for six decades. The LTT eventually connected up with Comox Main, the forest service road that runs along the west side of the Beaufort Mountain Range. We took a shortcut by hopping onto an overgrown, decommissioned FSR but ended up hiking our bikes up and over some excessively large road blockages. There was lots of climbing and descending along Comox Main but we were rewarded with a beautiful view of the valley and a speedy descent down to Comox Lake. The sun was setting but we wanted to make it to the far side of the lake, so we decided to have dinner and coffee on a bridge and recuperate before riding through the night. We were dumbfounded by the enormous, steep hills that rolled alongside Comox Lake. It was a hike-a-bike kind of night. In contrast, the rapid descents were thrilling and magical under the moonlit sky. We pedalled into Cumberland at 10:57pm, three minutes before the gas station store closed. We took to the opportunity to load up on snacks. We probably looked a little desperate as we paced around in our filthy clothes looking for the best snacks around! We met a nice couple at the store who let us camp in their backyard a few blocks away. They even had an outdoor shower we could use! Turns out their son was just getting into touring so we we chatted about the joys of bikes and travel before hitting the hay. We got up early and headed into the quaint village of Cumberland for some food. A hot breakfast and bottomless coffee was all we needed to feel human again after two rugged days of riding. The ride concluded with a 66 km stretch along the Old Island Highway (19A) between Cumberland and Qualicum Beach. 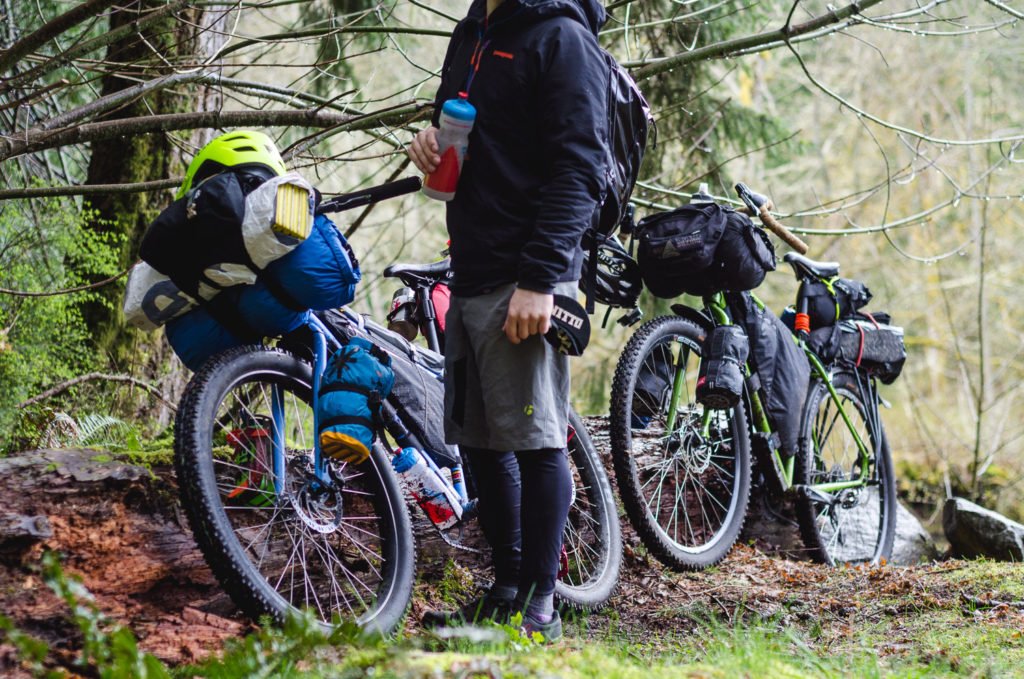 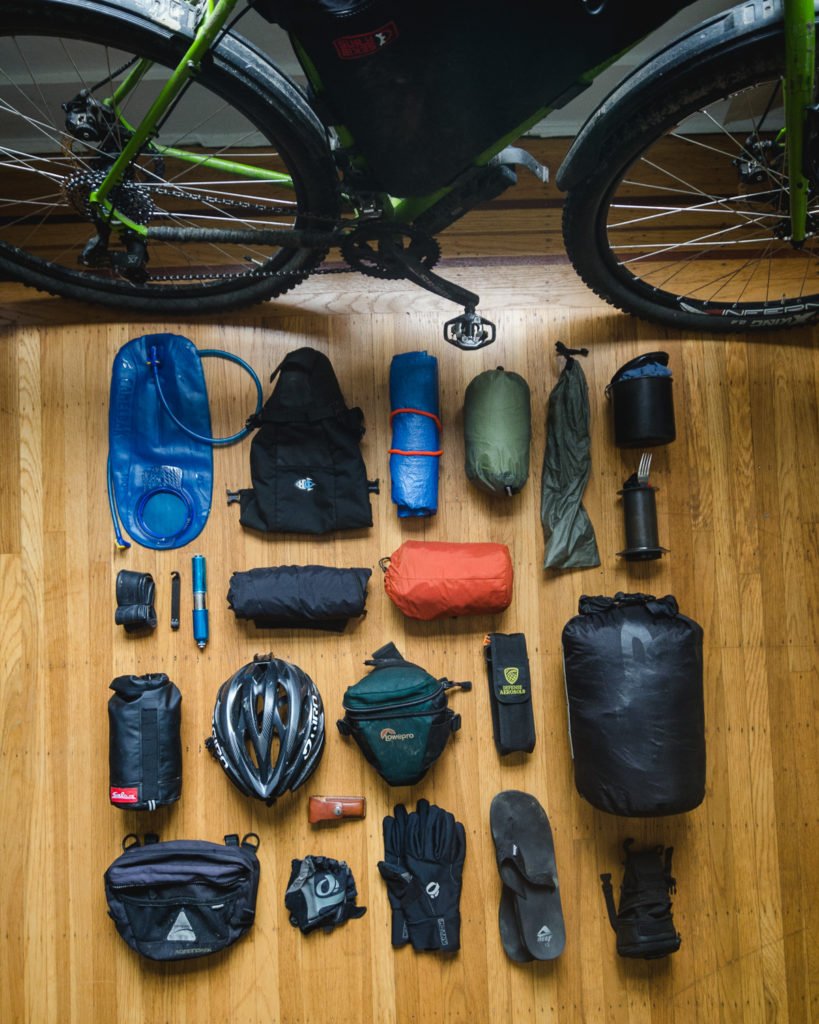 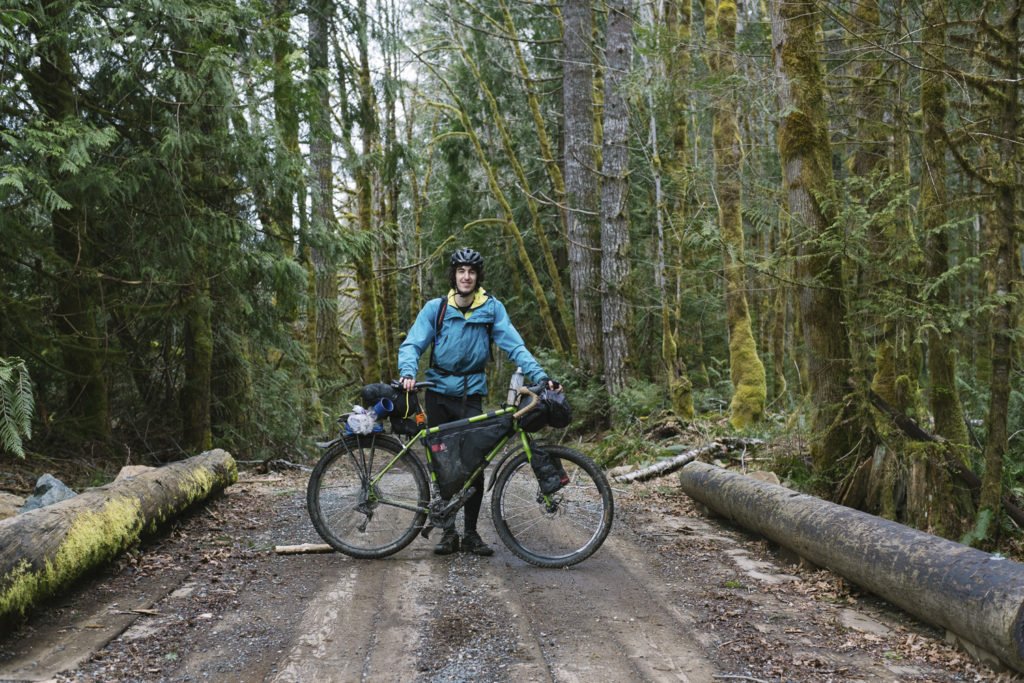 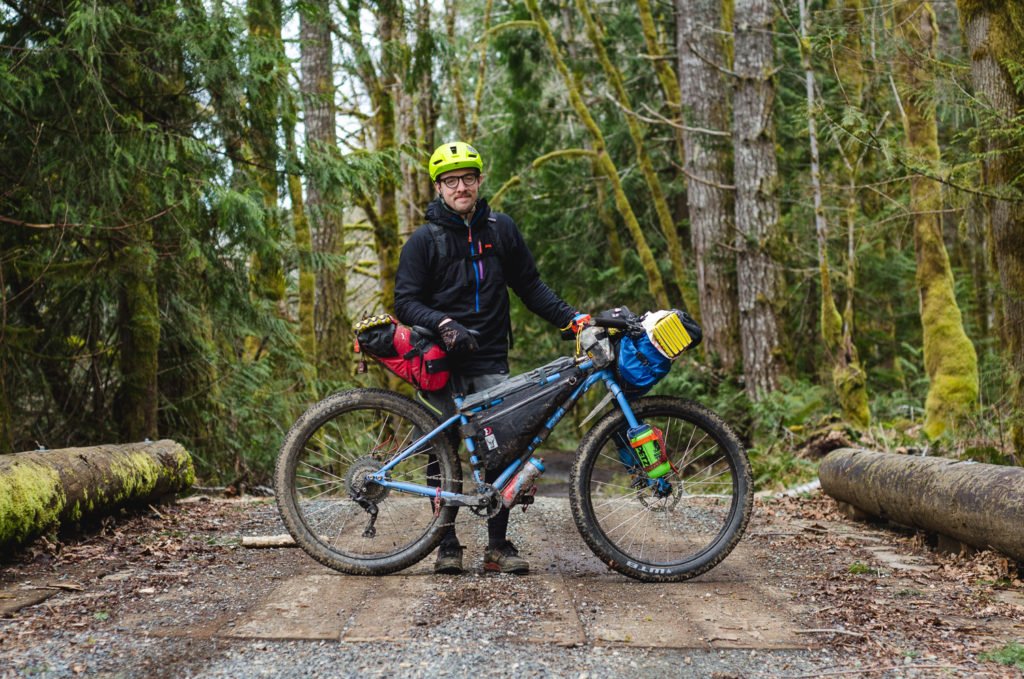 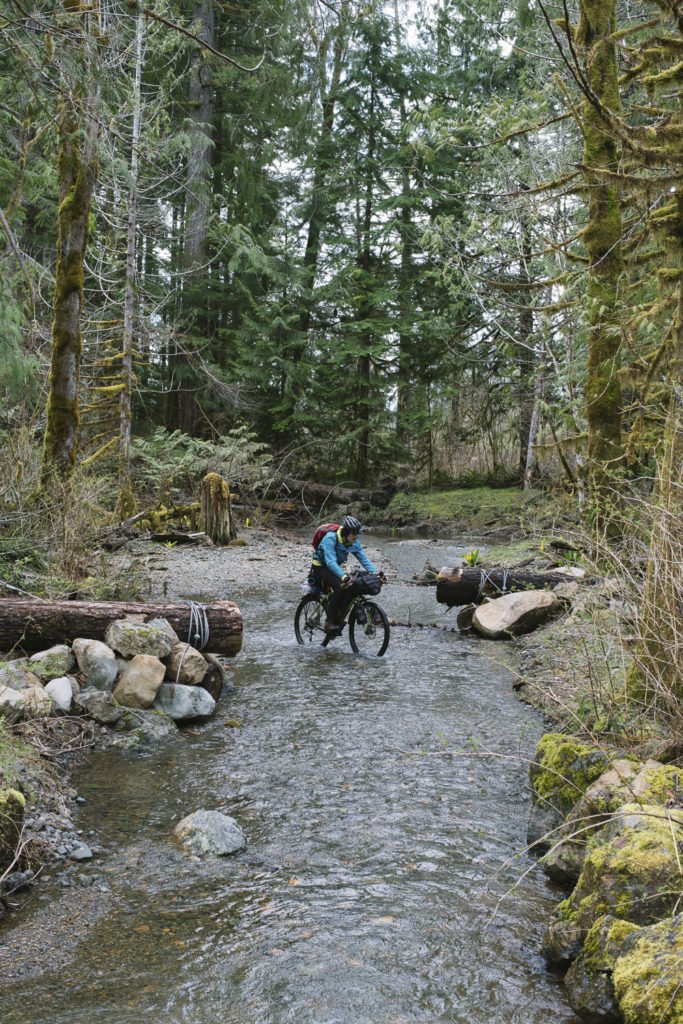 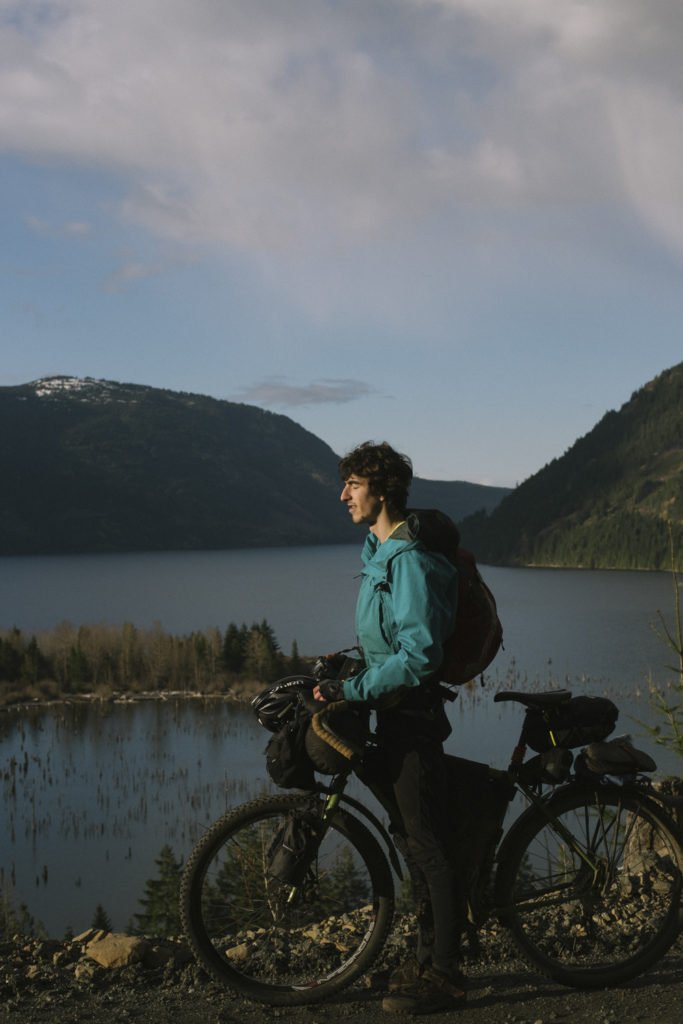 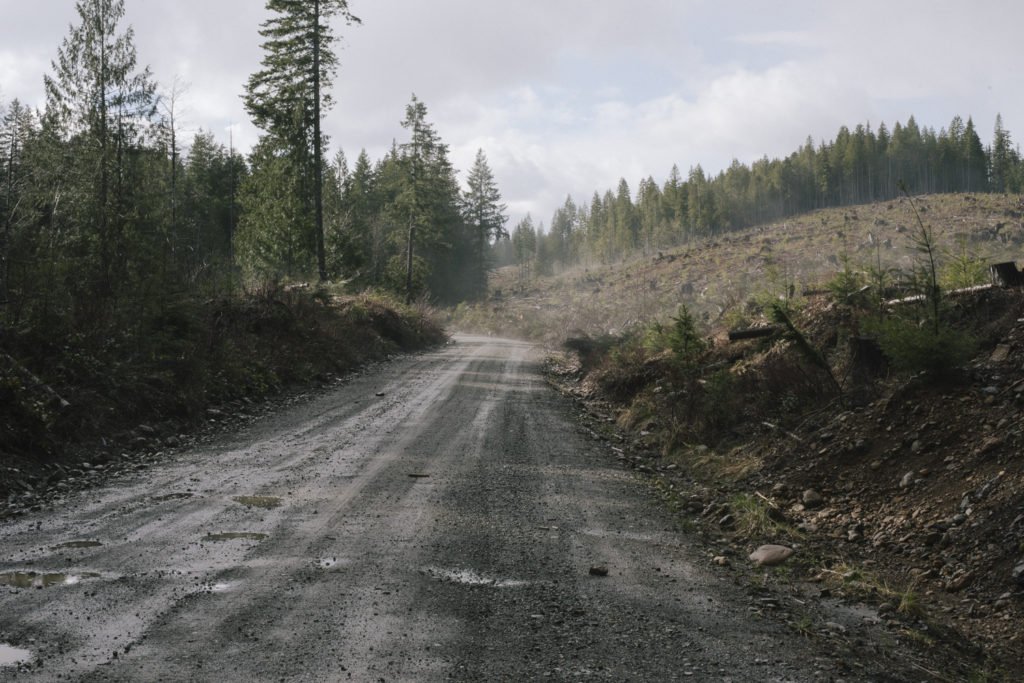 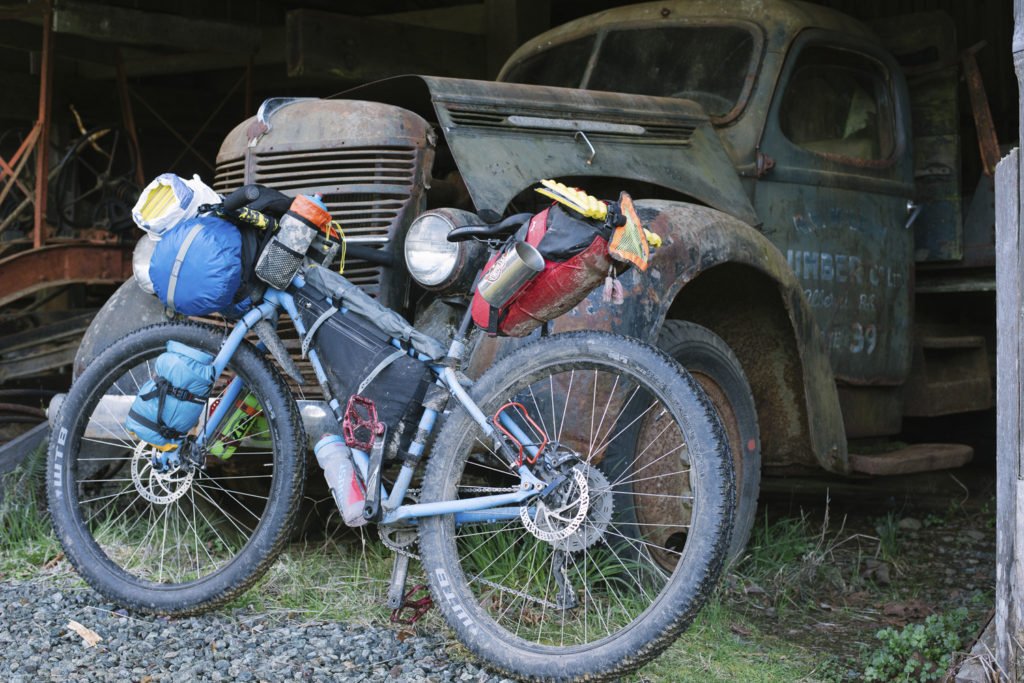 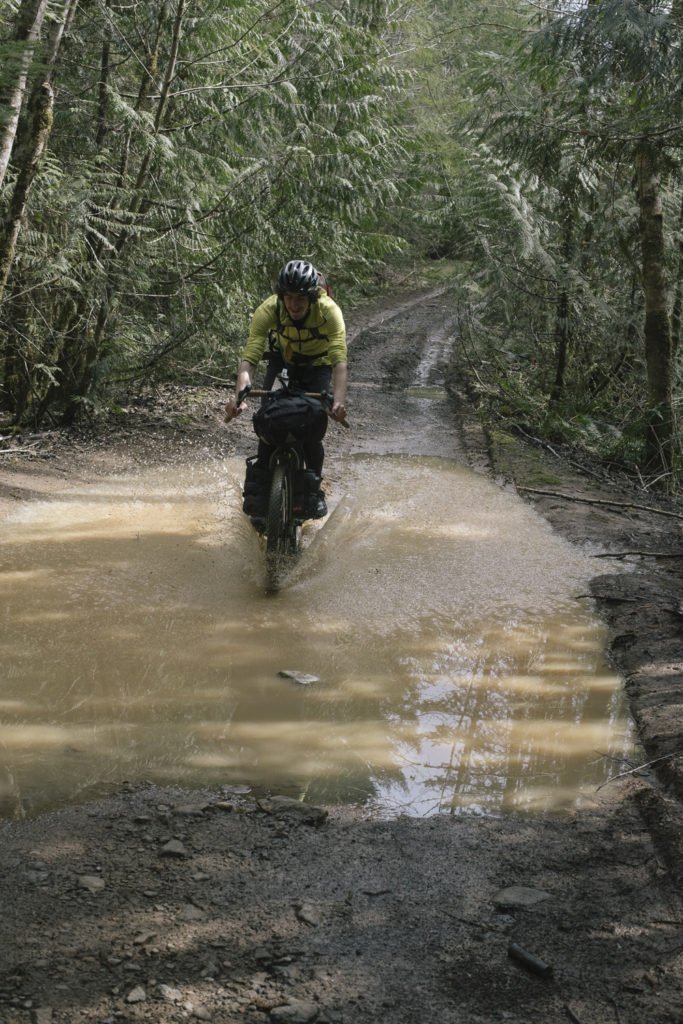 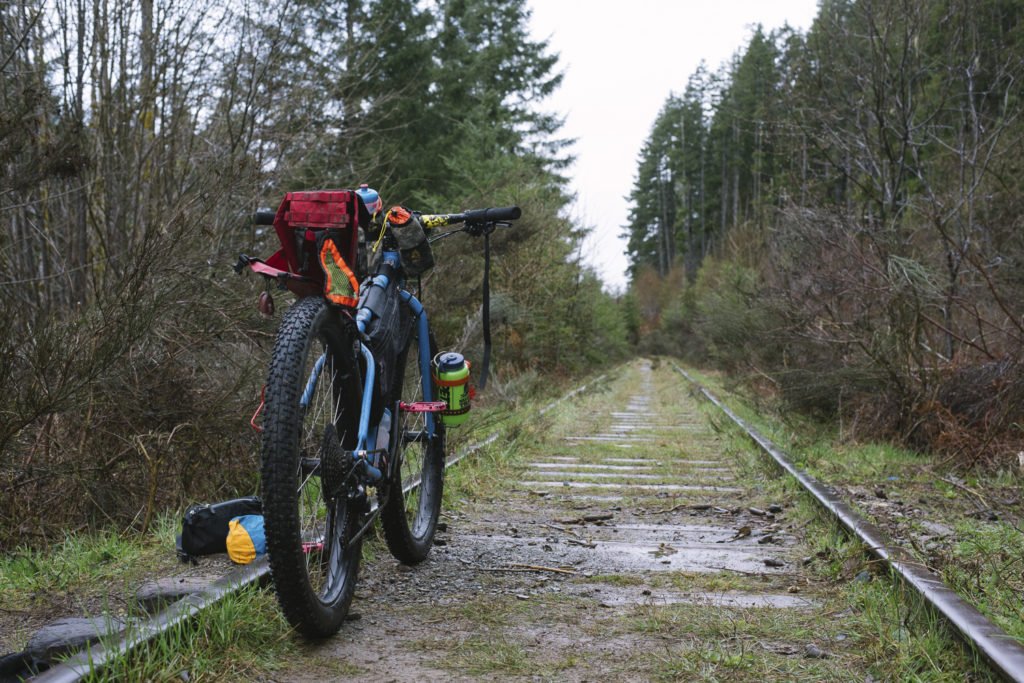 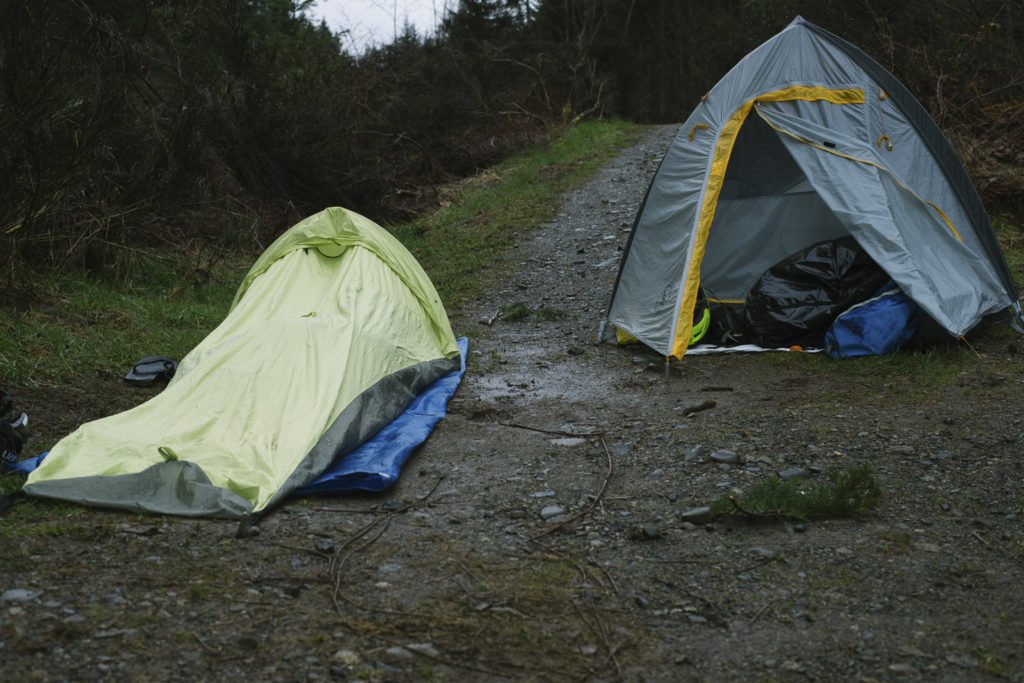 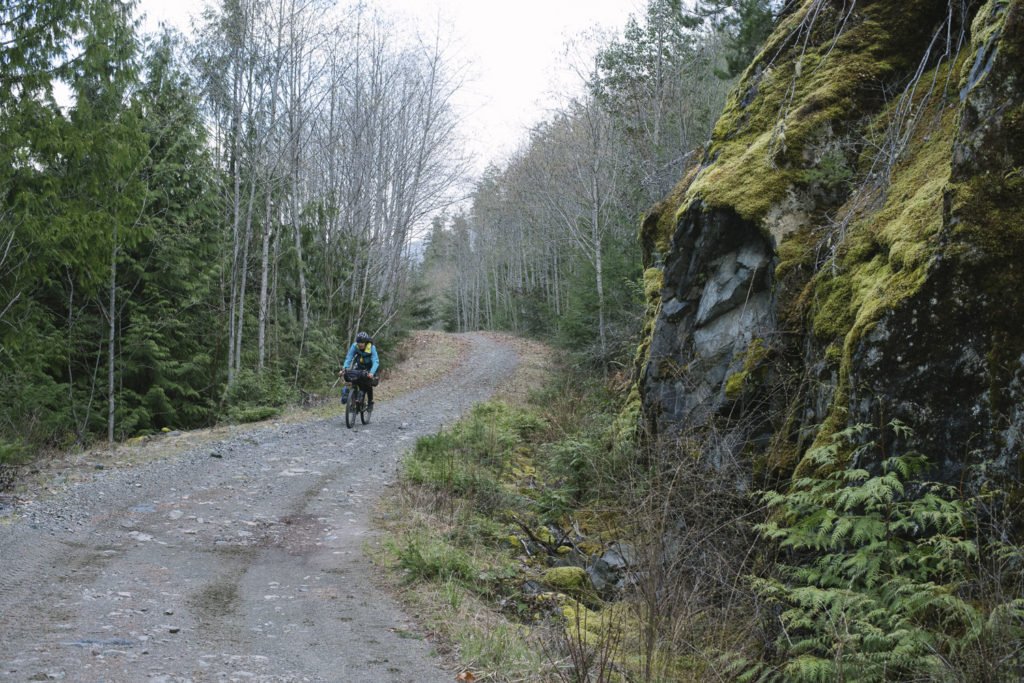 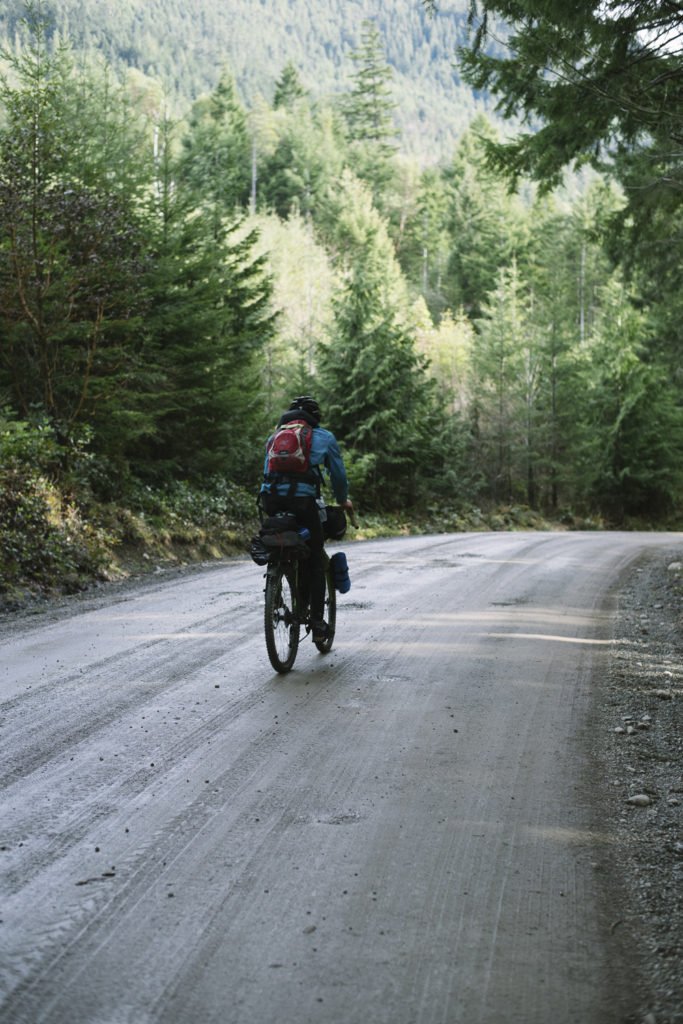 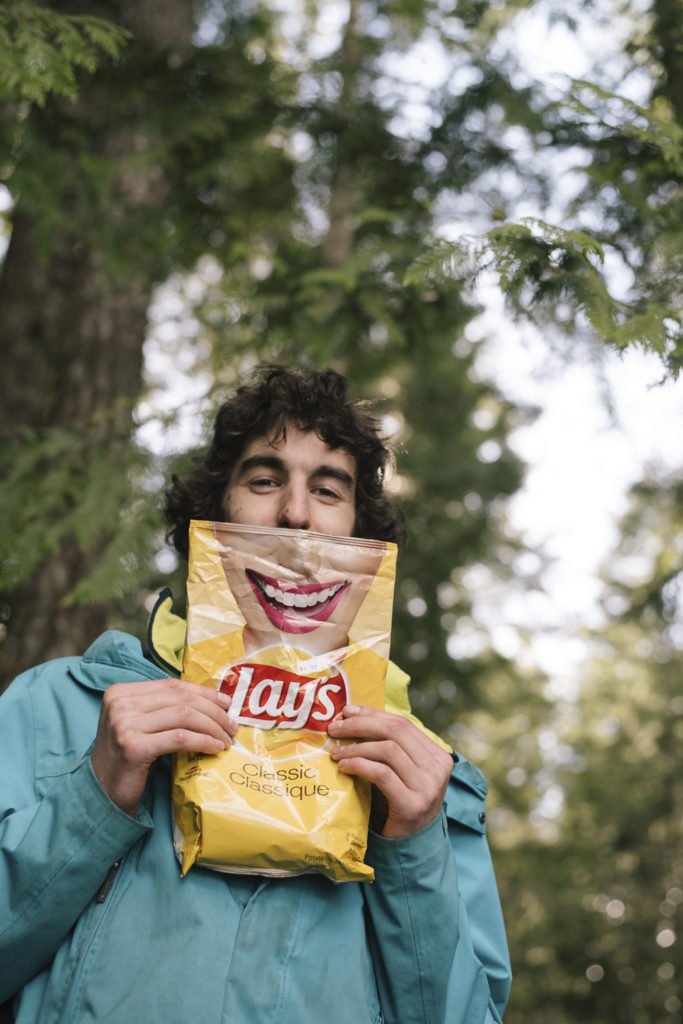 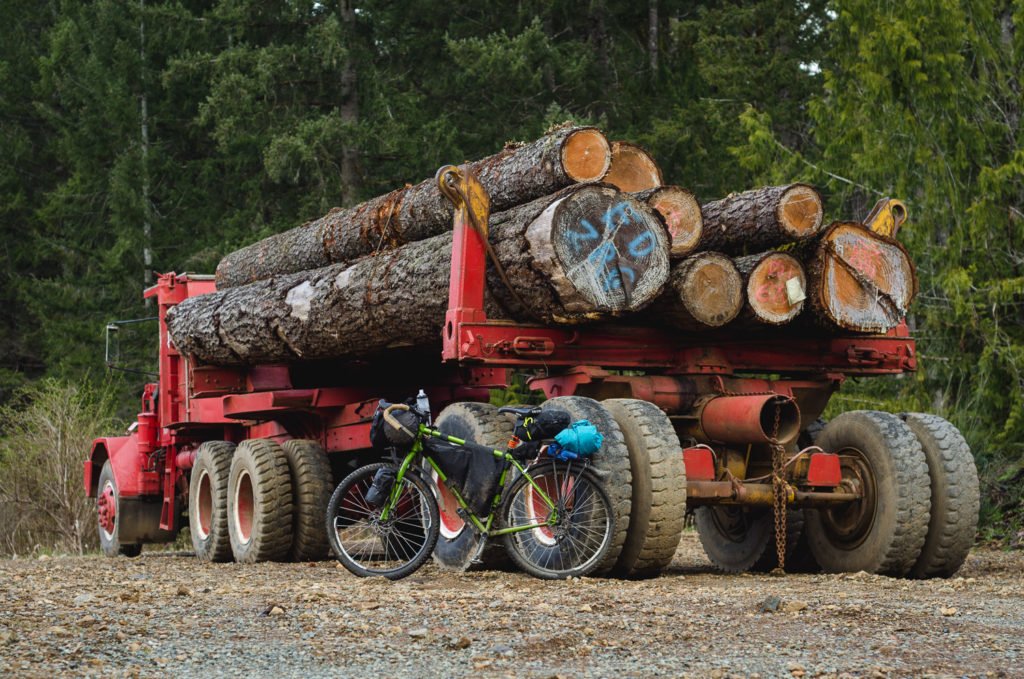 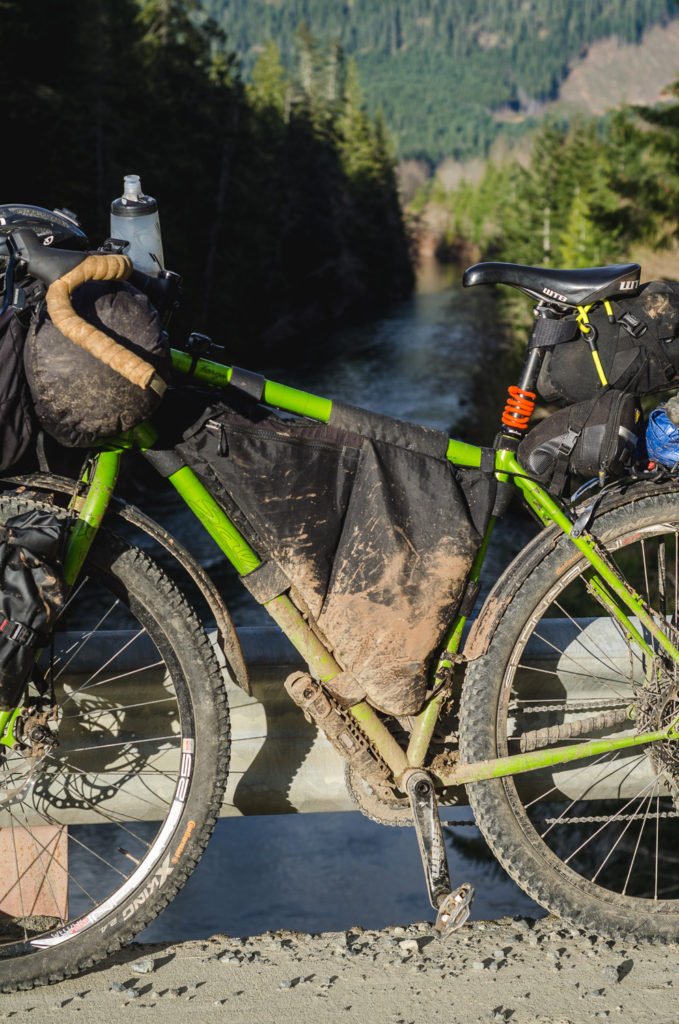 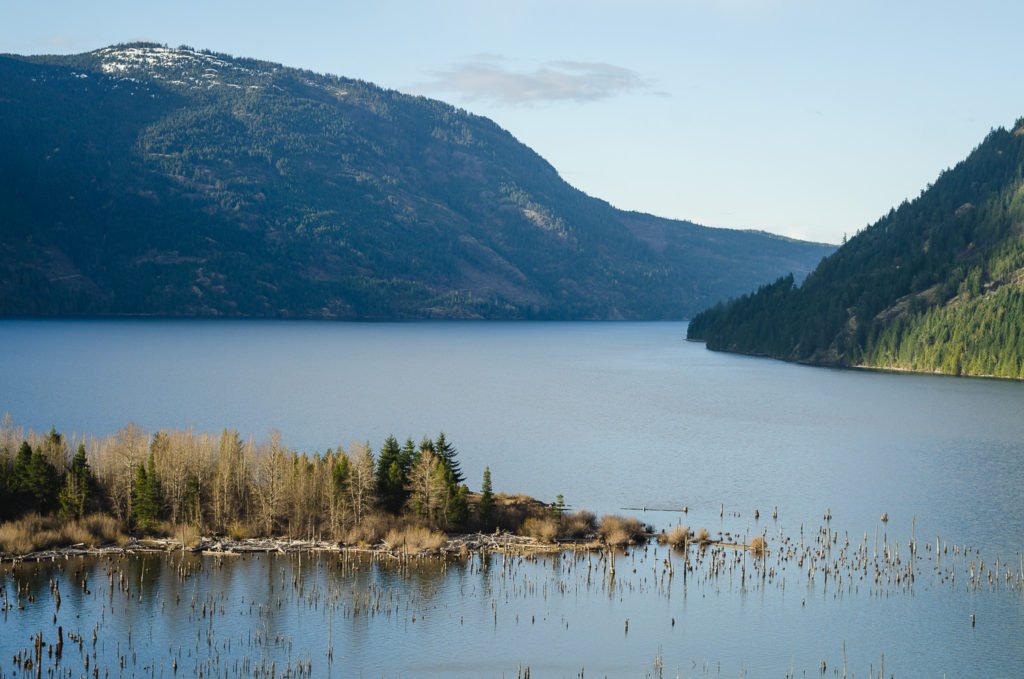 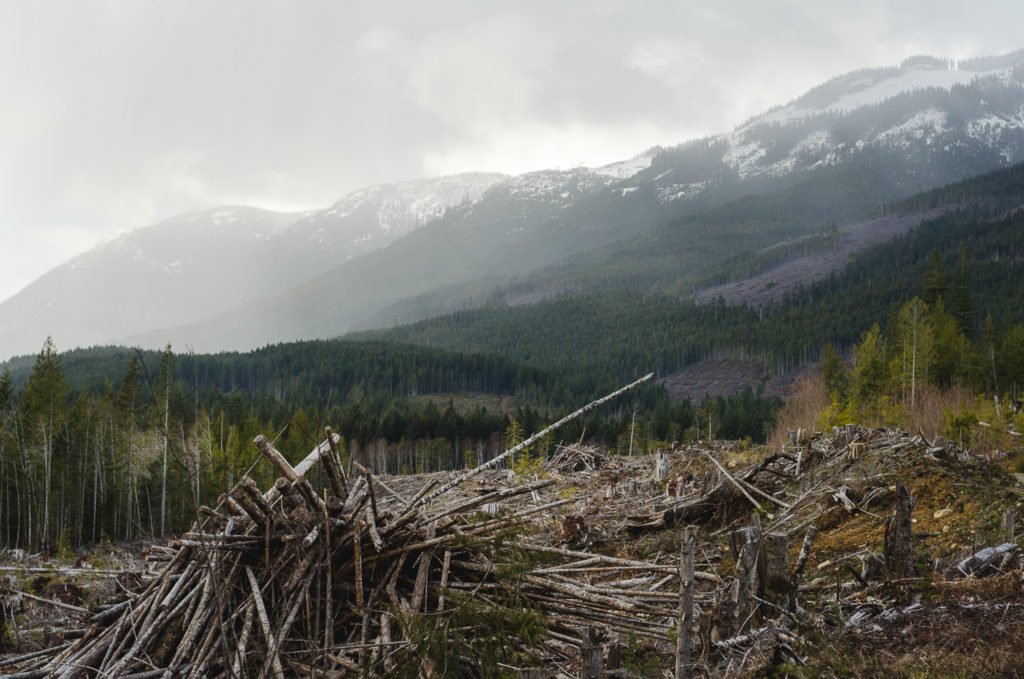 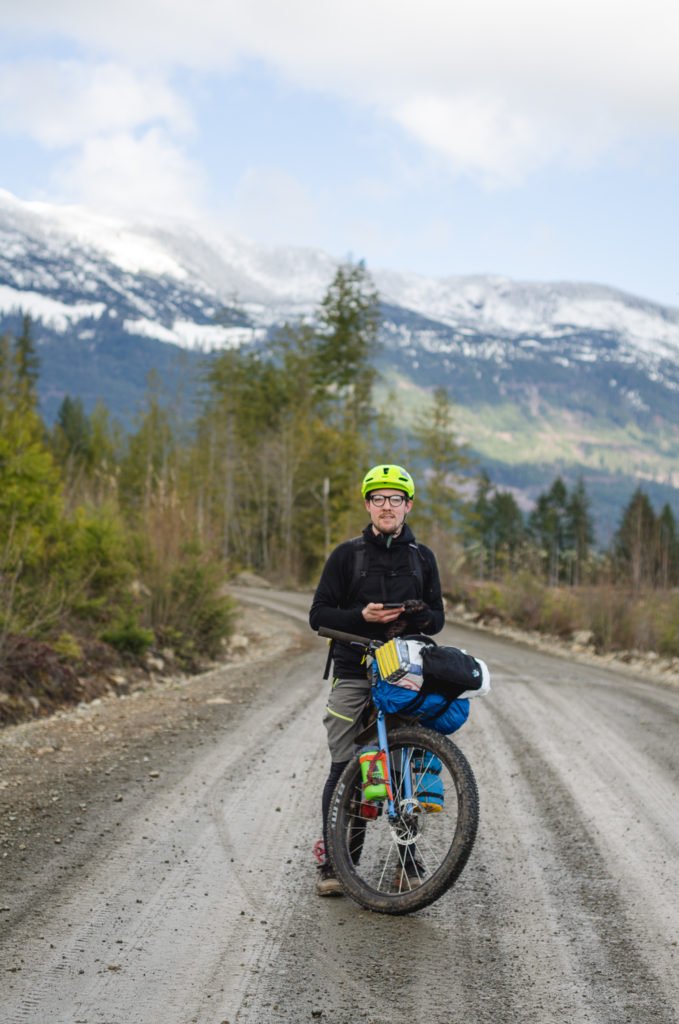 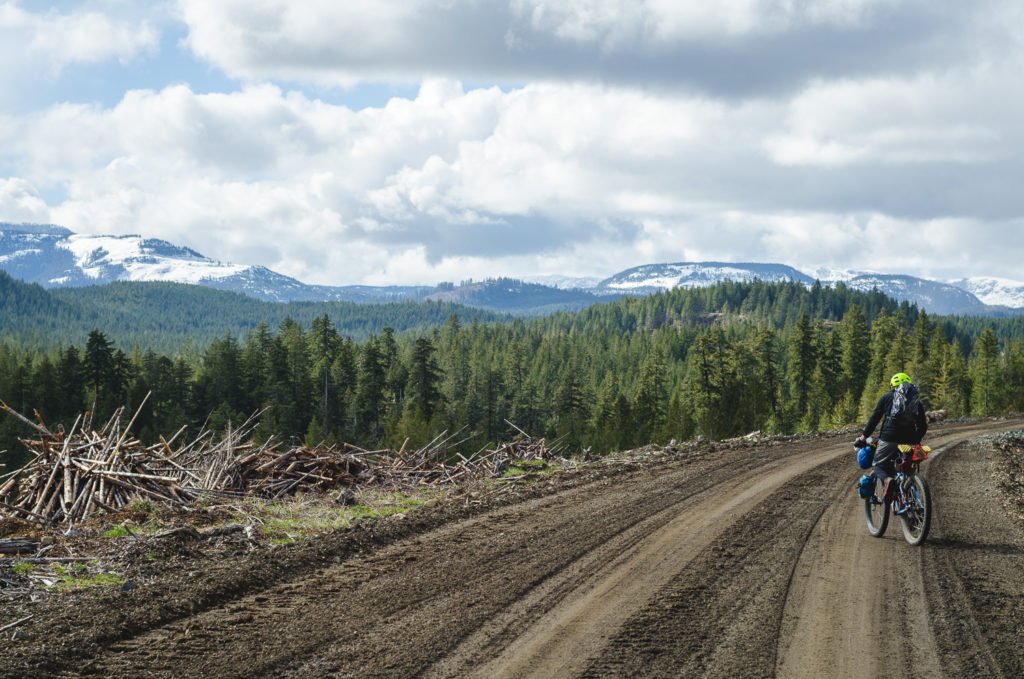 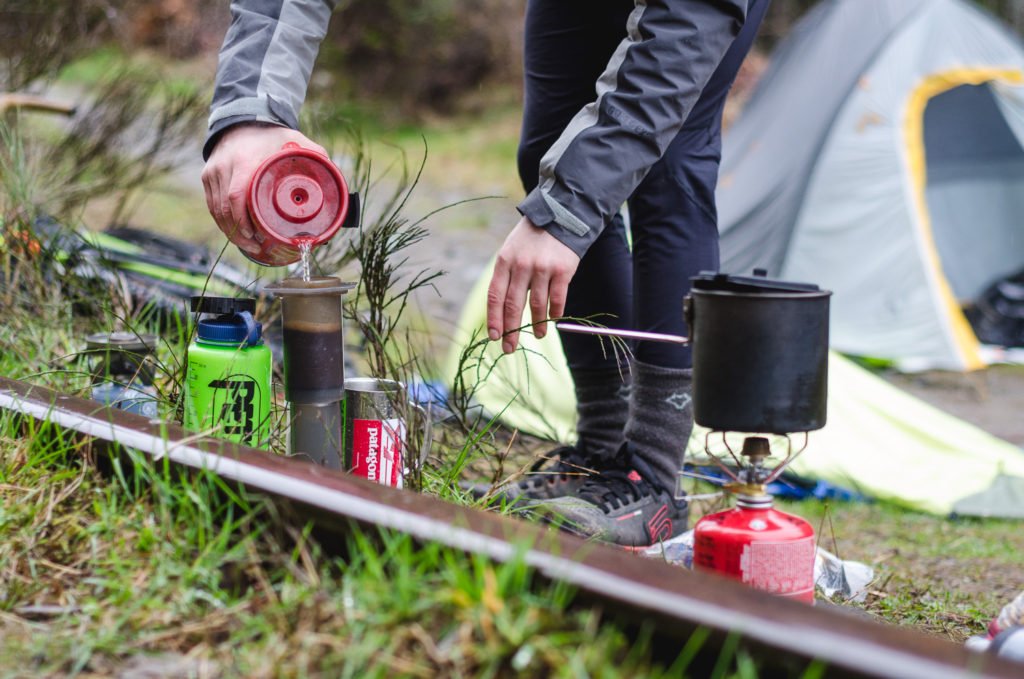 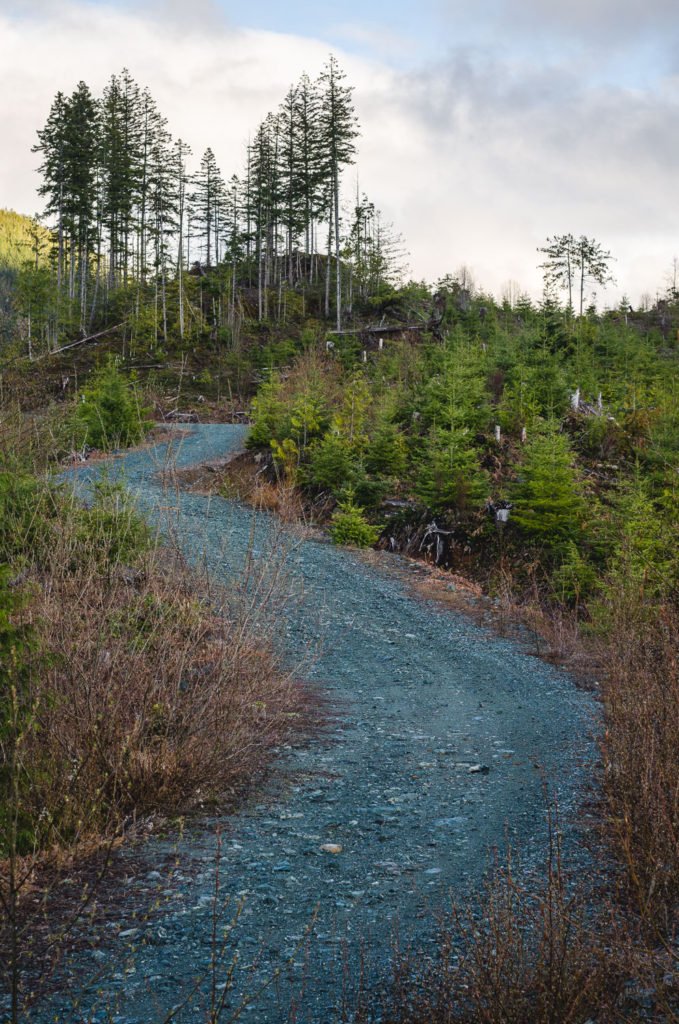 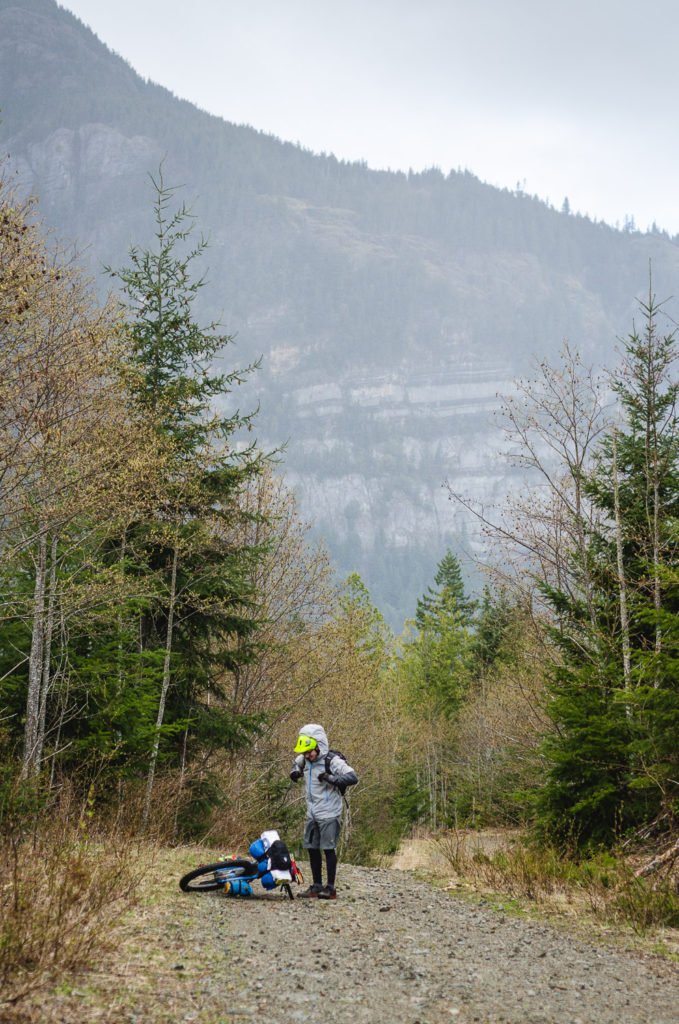 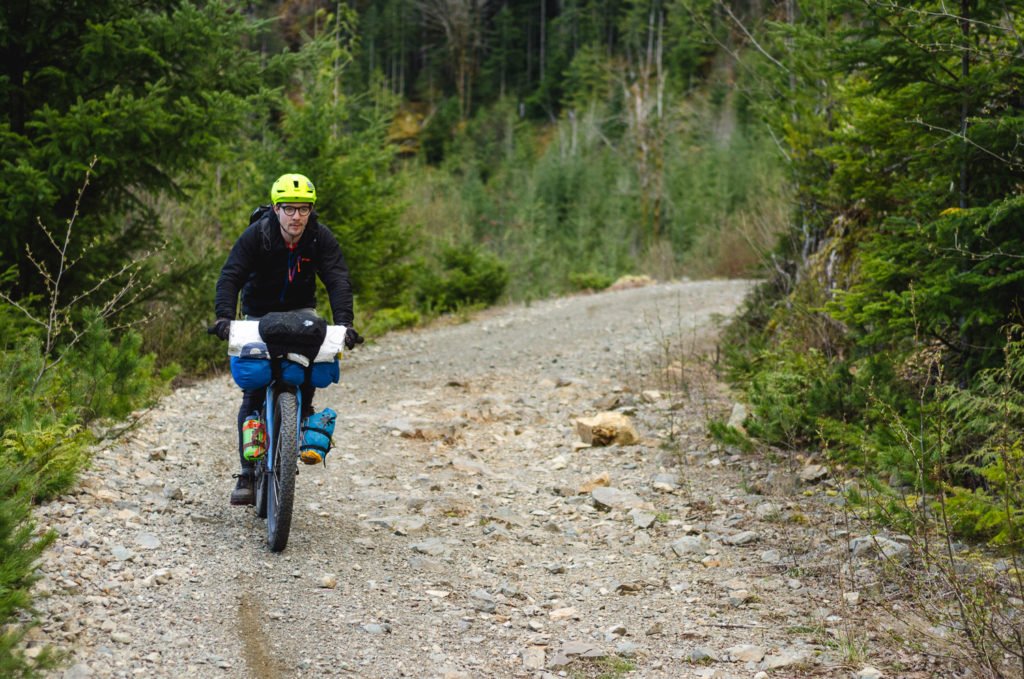 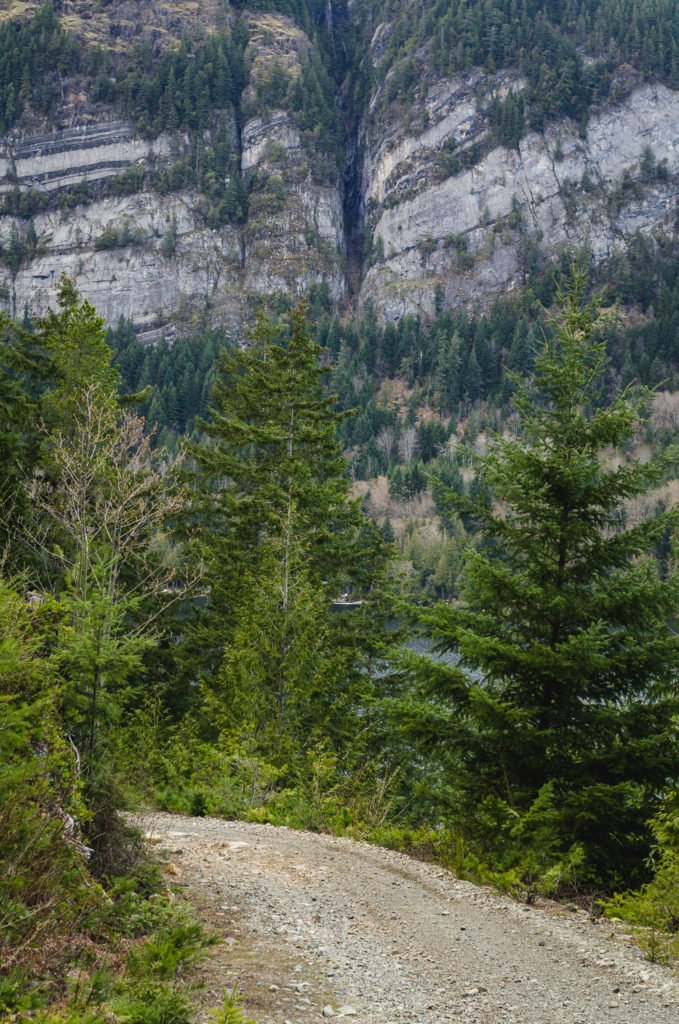 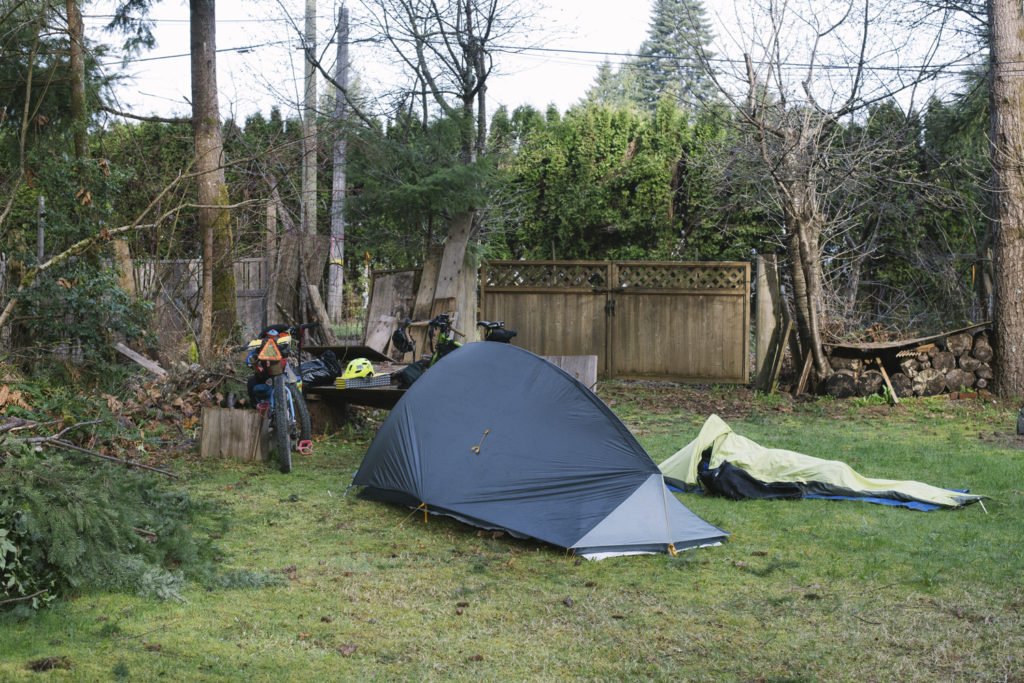 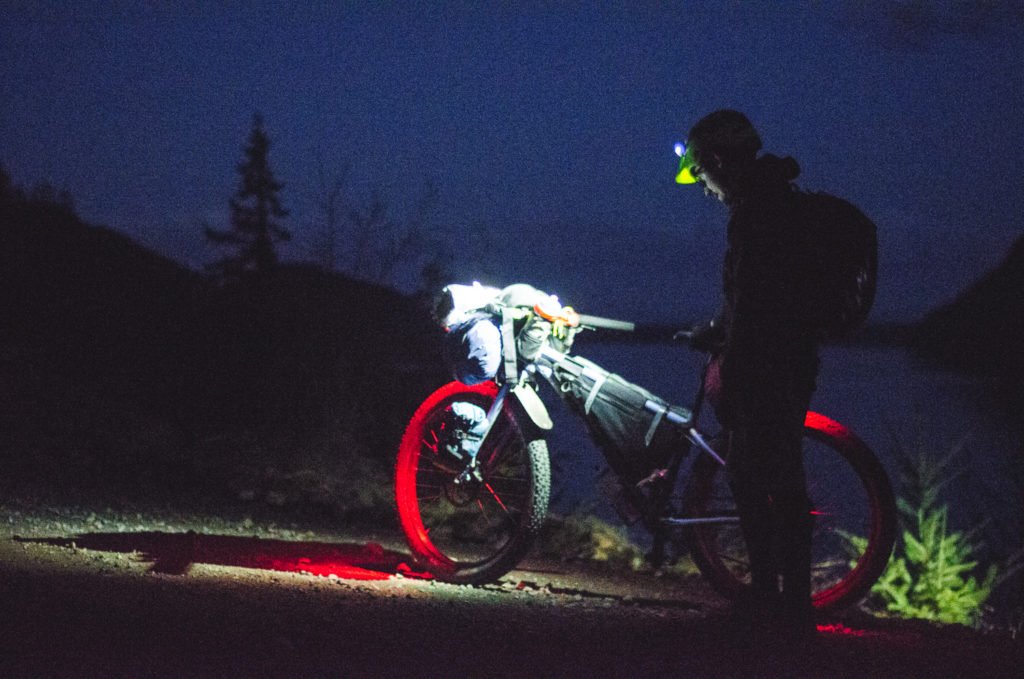 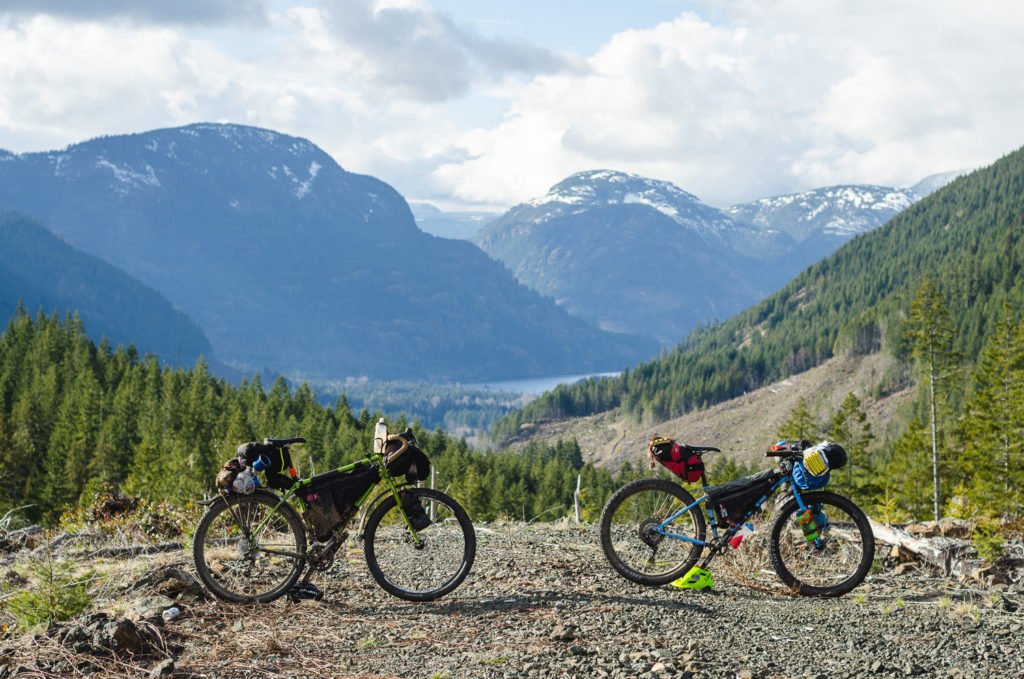