Cameron Lake is a gorgeous body of water nestled between Mount Arrowsmith and Mount Wesley on Vancouver Island, BC. An inactive train track with multiple large trestles runs along the north side of the lake and has served as an excellent hiking route with breathtaking views. So we thought, what the heck? Lets do a little cycling trip out there and camp on the trestle overlooking the lake. The entire loop was relatively short yet challenging with plenty of elevation gain, rough gravel service roads and a very steep hike up to the trestle from the lake. The final leg of the ride was absolutely gorgeous. We rode amongst the giant Douglas Fir trees of Cathedral Grove and then followed a quiet gravel road along the north side of the lake, passing by a handful of cute, rustic cottages.

The loop begins in Qualicum Beach and wraps around Cameron Lake. Due to the limitations of this map, it doesn’t show the entire loop around Cameron Lake, however to complete the loop, continue east from marker “B” along the train tracks until meeting up with Highway 4.

We began our journey on Highway 19a (the old Island Highway which runs along the ocean) and rode north to Laburnum road. After climbing up the Laburnum hill we took a right onto Claymore Rd, a long and winding gravel service road which passes Little Qualicum River and a fish hatchery. After reaching the junction under the power lines we took a left onto Melrose Rd and followed it for about 8km until reaching Highway 4 (the Alberni Highway). Melrose Rd is a quiet, gravel service road with a few nice viewpoints along the way. The only folks you will likely see out there are those enjoying recreational motor sports. We headed west on Highway 4 and continued to ride uphill as we entered the mountains. Eventually we began descending down the highway and passed Little Qualicum Falls Provincial Park before reaching Cameron Lake. There are wonderful views of the lake from the highway but take caution as the road becomes narrow, windy and very busy with summer traffic. At the west side of the lake the highway became more bike friendly as we entered Cathedral Grove which is home to some of the oldest and largest Douglas Fir trees in the world. We recommend taking a break here to walk through the ancient forest. Shortly after passing through the Cathedral Grove parking area we took our first right down an unnamed gravel road with a yellow gate. Prior to heading down this road we were in an adventurous mood so we actually continued west on Hwy 4, rode to the top of the Port Alberni Pass and explored some very overgrown logging roads. Riding back down the pass was fun as we reached speeds of over 70km/h. After arriving back in Cathedral Grove we finally headed down the unnamed road mentioned above. The road is extremely quiet since it is not accessible by car unless you are one of the few people who own one of the rustic old cabins along the lake. After passing about the 13th cabin, the road continued along the lake but became so narrow and rough we had to hike the remaining distance to the trestle. Shortly after walking our bikes the trail cut straight up the mountain towards to trestle. The trail was so steep we had to leave some of our gear at the bottom and do two trips. Warning… there is a wasps nest in an old stump at the bottom of the hill. Unfortunately we accidentally disturbed the nest and ended up with multiple wasp stings. The trail up to the trestle was steep, but less than one kilometre so it didn’t take more than 20 minutes to do two trips.

After we arrived at the top we hung our legs over the trestle, took in the beautiful view of Cameron lake and the surrounding mountains and enjoyed a well deserved cucumber, cheese and balsamic vinegar wrap. After our snack we hike our bikes east along the train tracks for about 20 minutes until we found a flat opening overlooking the lake which made for an excellent camping area. The coordinates for this area is 49.296873, -124.611501. We spent the reminder of our night enjoying a campfire, a tasty dehydrated food bag and some good old Canadian whiskey. The trestle just east of where we were camping was an excellent place to hang our food away from the bears. In the morning we continued to hike our bikes east along the train tracks for about 3km until it met up with Hwy 4 and Little Qualicum River. Since we were out of water we took a break on the river and boiled some water for coffee and for drinking. There are no sources of water near the camping spot so we recommend packing enough for the night and the following morning. We headed back on Hwy 4 and turned left back onto Melrose Rd. However instead of continuing down Melrose Rd we veered left onto an unnamed road which winded its way down to the river where we crossed an old wooden bridge that has been closed to vehicle traffic. The unnamed road turned into Corcan road, a windy, paved road which crossed under Hwy 19 and connected us back to Hwy 19a on the ocean. We headed south down Hwy 19a until arriving at our starting point in Qualicum Beach. 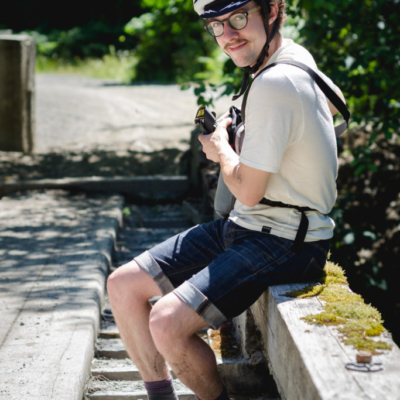 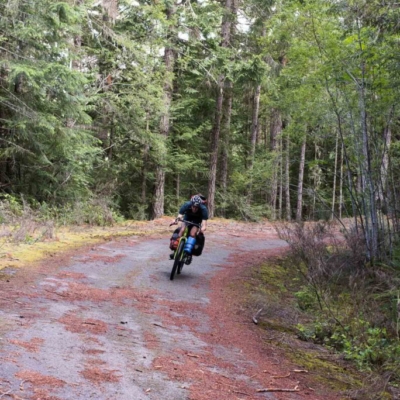 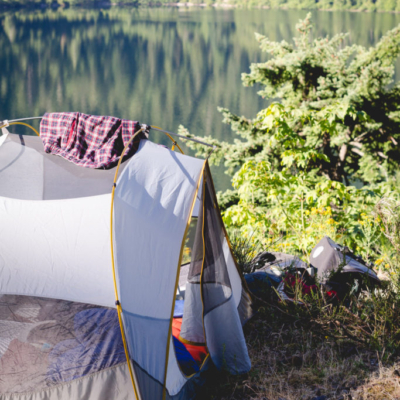 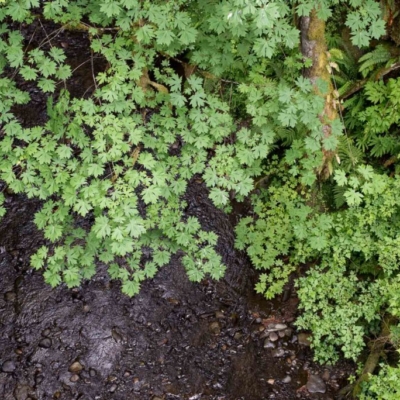 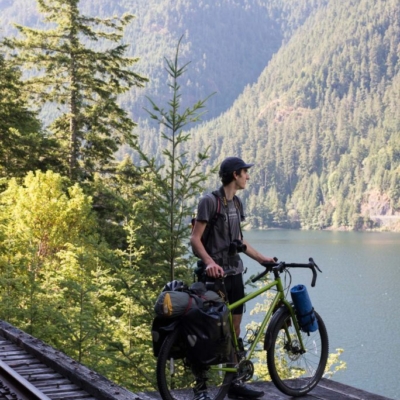 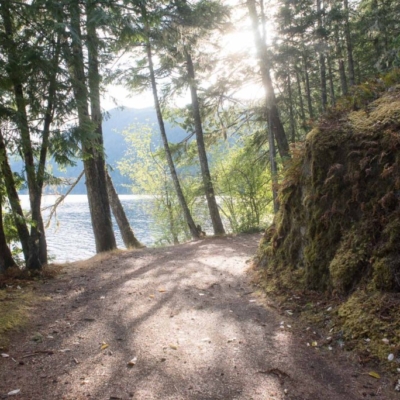 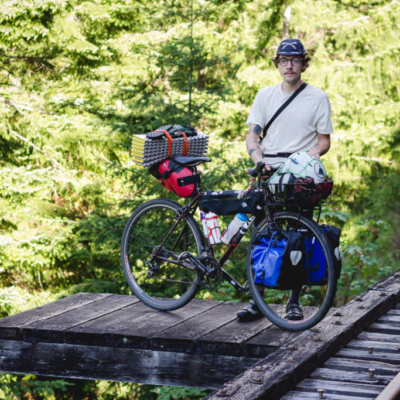 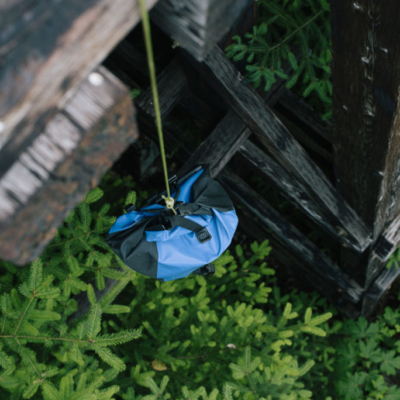 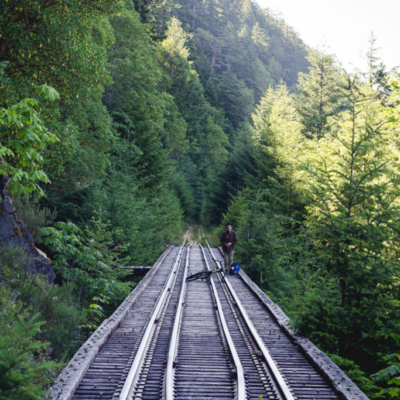 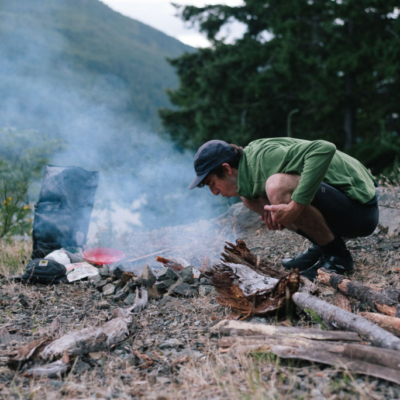 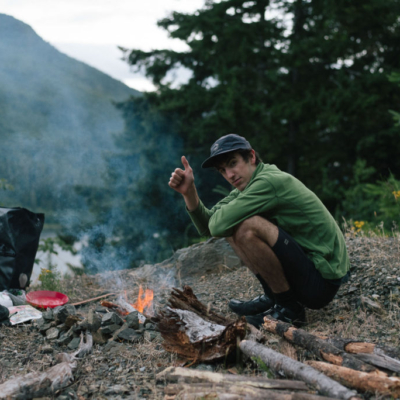 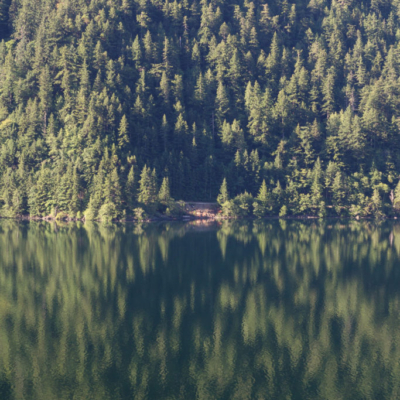 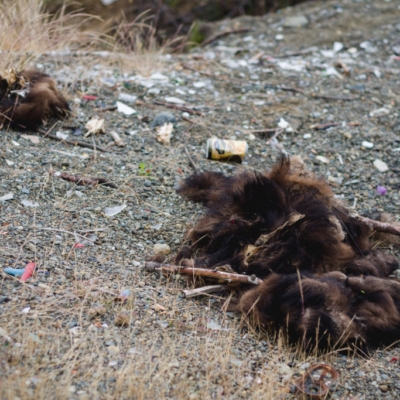 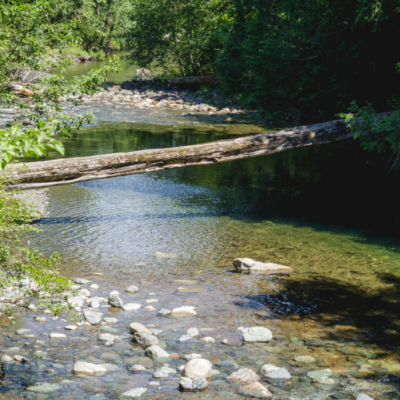 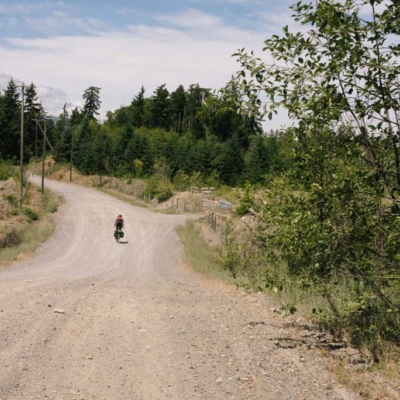 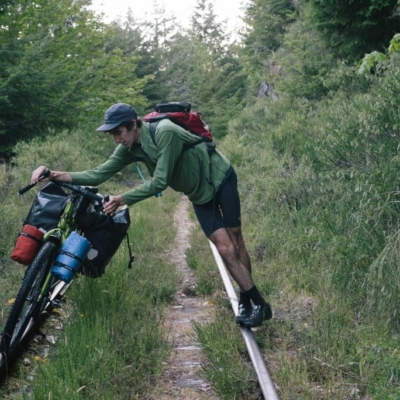 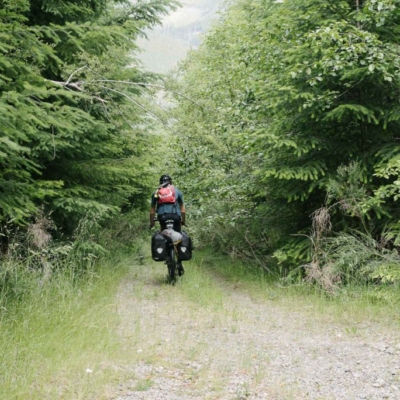 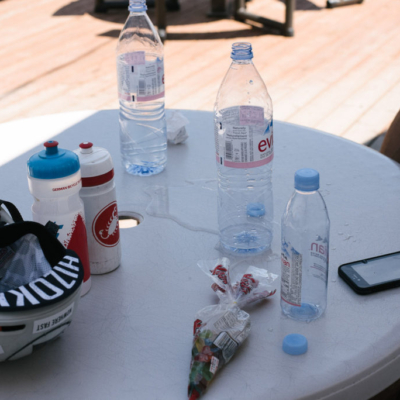 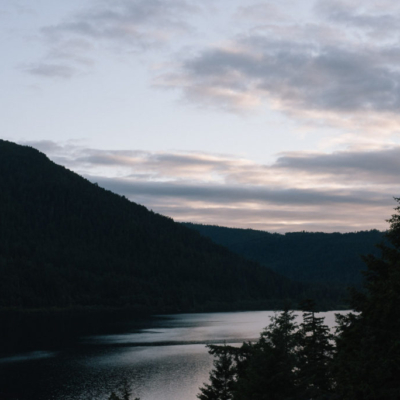 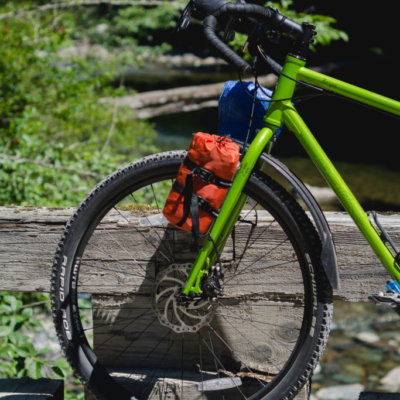 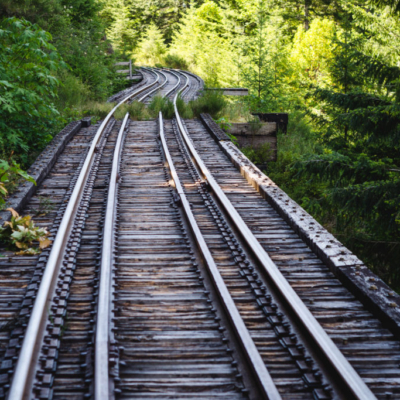 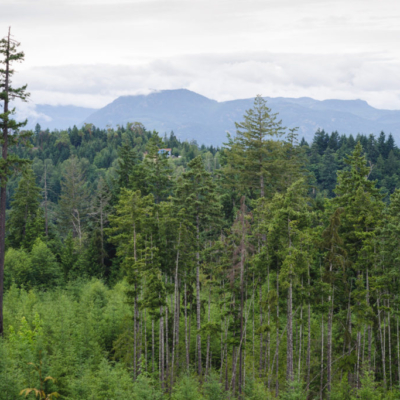 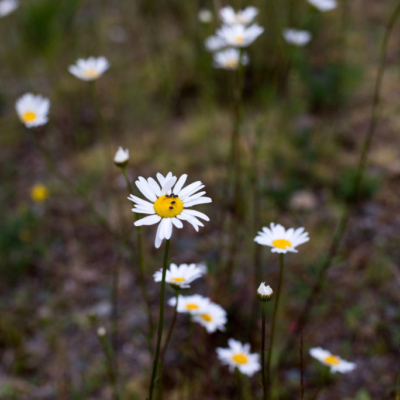 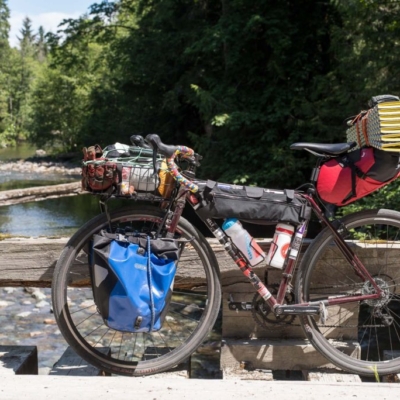 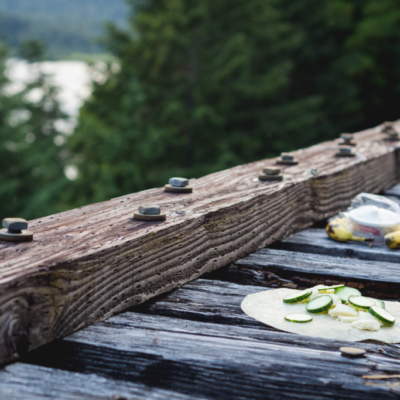 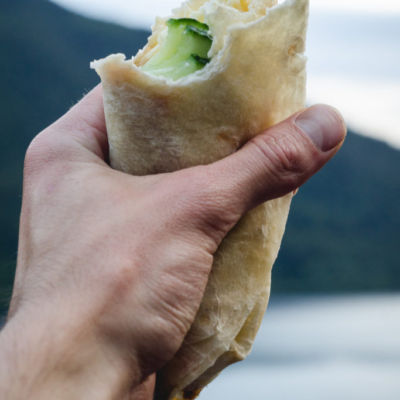 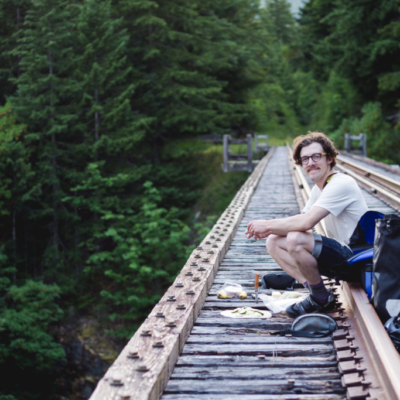 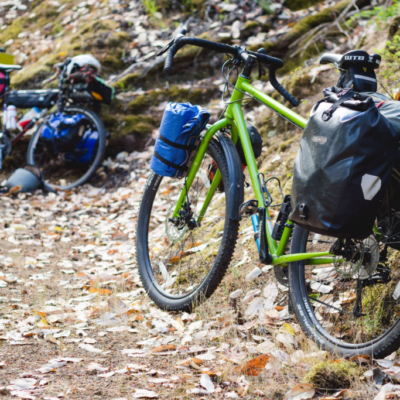